Finding the Next Hot Stock for Trend Trading the Stock Market

You are here: Home / Investing / Finding the Next Hot Stock for Trend Trading the Stock Market

There are always opportunities in the stock market for catching a major move and trend trading that market for years.

Just as there is always a raging bull or bear market somewhere, there is also always a wildly hot stock that dramatically outperforms the market indexes for years and years.

Although I’m primarily a technical analyst, I do use some fundamental data from time to time as well.

One of my favorite ways of finding the next “hot stock” is to look for a company that is becoming part of the culture, similar to an approach used by Peter Lynch.

What I mean by that is a company that provides a product or service that is not only popular and liked and sells well, but it actually becomes ingrained into our culture itself.

Of course hindsight is 20/20 and everyone can look back at those companies and wish they were on board with them early.

But here’s the great thing about looking for these types of companies that become part of our culture: You don’t have to buy them early before anyone else does. When a company becomes part of our culture, it often has long-term staying power for years and years.

Of course all investing and trading is risky. There are no guarantees. Some companies may release a product that the culture clings to, but then fall out of favor due to negative news, faulty manufacturing, law suites, etc.

Also along the way, even those that enjoy long term success have their ups and downs like any other.

Of course all good things must come to an end. Competition enters, technology and tastes change, and what was so central to the culture in the past can seem old fashioned in the not so distant future.

Therefore even with this approach, it’s critical to learn how to read charts so you can understand what is going on in any stock and how the market participants are treating it.

Below are some examples of stocks with products that became part of our culture. These charts are percentage change charts over the last 5 years. I’ve also plotted the S&P 500 on the chart (the black line) so you can see if the stock outperformed the index.

McDonalds (MCD) has been a major part of the American culture for a long time, and they have spread internationally as well. Here is a stock that continues to out perform the S&P even after all these years. It has shown a lot of staying power! 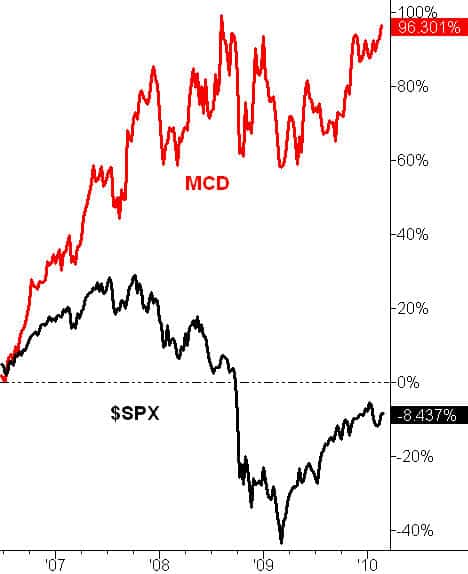 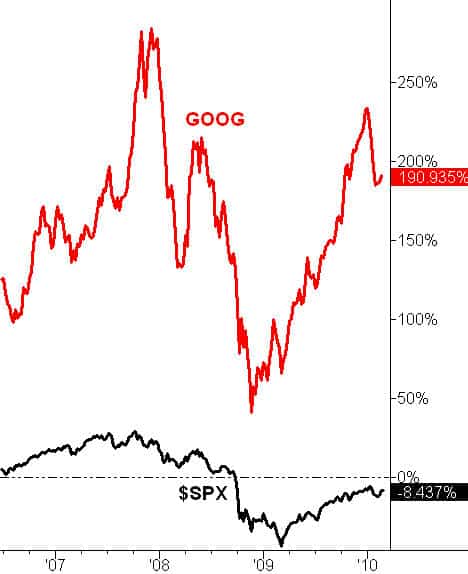 Apple (AAPL) has shown amazing staying power and creativity. While they did not fair well in the battle of the operating systems against Microsoft, they came back aggressively with the i-Pod and i-Phone that have taken the US by storm … and it’s stock has taken the market by storm. 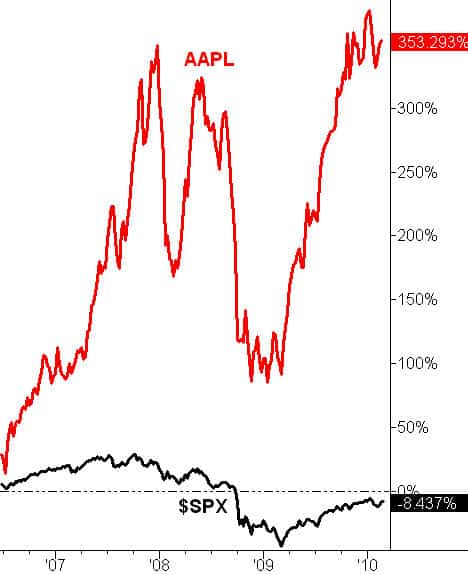 Starbucks (SBUX) is everywhere! This omnipresence of Starbucks is so well-known that it is often the brunt of jokes on TV and in movies that show 2 Starbucks on the same block or directly across the street from each other. While this is definitely a company that has become part of our culture, its 5-year track record has not been as impressive as the 3 previous companies. 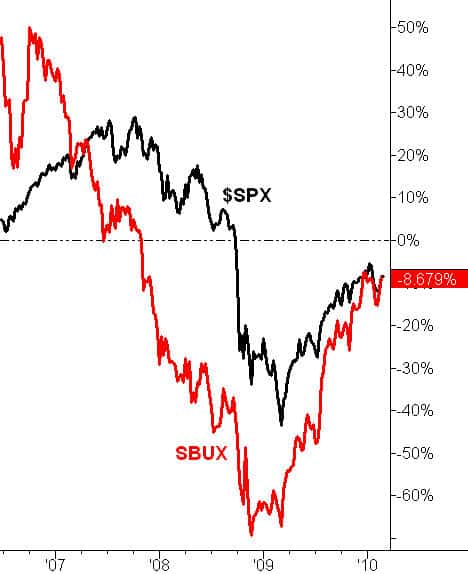 E-Bay (EBAY) was a cultural phenomena that changed the way people operated online, bought products, and made money for themselves. It was a Wall Street darling for a long time. I still remember the day that turned (yes, it was one day) and it never fully regained it’s luster with investors. This is a reminder that even stocks that become part of our very culture, can still take big hits (trading and investing is very risky) and that we need to always use protective strategies in our investing. 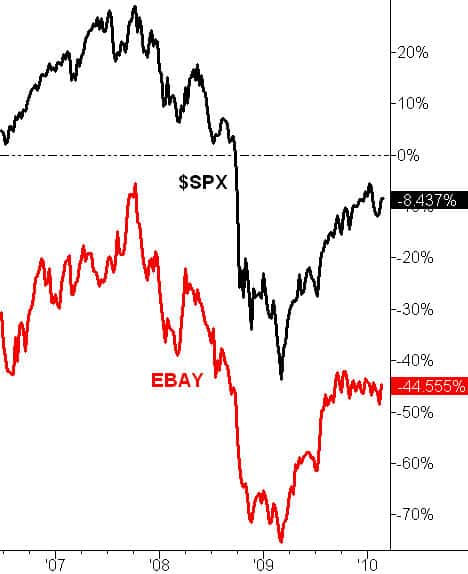 So here’s the big question:

“How do we find the next “hot stock” that will become part of our culture?

There is no sure-fire way to do that, but here are some things to consider:

Remember, you don’t need to catch these companies before they are successful and visible. The trends of these companies can last a long, long time. On the other hand, I still like to use hedging strategies to protect myself.

The way I use the relative strength charts above and also the techniques I use to hedge my positions are detailed in my Swing Trading Course.

Now let’s have some fun …

What do you think of this as one possible approach to investing? Post your comment and let us know!